I love figures of the supporting cast of shows or movies, but sometimes they don’t get the love of your main cast. I’m the type of collector that wants a Grand Moff Tarkin figure just as much as he wants the fiftieth variant of Luke Skywalker, so I appreciate the love NECA has shown to the stellar supporting cast of the ’87 Teenage Mutant Ninja Turtle cartoon with this box set. Let’s take a look!

The box is humongous and the wonderful artwork for the outer sleeve is oriented so that it stands up on the short side which makes it look even taller and more imposing. The front art is just a wonderful B-Movie style poster for the episode The Catwoman from Channel 6 which works so wonderfully with that pulpy title. The wraparound art features the iconic Channel 6 building and there is some super fun photography on the back that shows off the figures to great effect.

With the outer sleeve off, the orientation changes and the fold down flap has a great illustration of April reporting on a crusty old ’80s T.V. which fully activates my old-fart tendencies to want to explain to young children how T.V.s worked in the old days. Flip that flap down and there’s a huge window that shows off all the goodies and the back has even more photos of the figures in action. Inside the box there is a large insert with another great illustration of the Channel 6 news studio which I used for a lot of photographs taken below.

The set comes with four figures (Irma, Burne, Cat April, and Vernon), two cameras, two studio lights, and a ton of episode specific accessories including alternate hands for Irma (two wide open, one less wide), Vernon (one grip and one point) and Burne (two open and two grip), alternate Were-Rat head and forearms for Irma, alternate smiling head for Burne, alternate blindfolded head for Vernon, a sound equipment bag with a boom mike, headphones with a microphone, a telephone, two portraits, a bowl of soup with spoon, a cat, two turtle versions of Burne and Vernon, and a wind-up rat. Whew.

The paint work on the the little slug figure turtle versions of Burne and Vernon is just crazy good and so clean and sharp on such tiny little figures. The sculpting has a ton of personality and captures the characters’ consternation at being transformed into animals. The cat is the animal that gets in the machine with April and causes her transformation to The Catwoman from Channel Six! and it also has a great little feline smugness to it. It also has a little ball jointed neck for some fun poseability.

The cameras and lights are wonderful pieces of work that capture the very specific way the ’87 show rendered technology perfectly. I especially love how the little power cords have electrical sockets at the end and I wish I had some tiny little extension cords to go with them. Both the cameras and the lights hinge where they should and the cameras have two handles that are also moveable.

The phone, portraits, and soup are fun desk accessories for our cast of office workers and I really like the flexible phone cord on the phone. The soup too has a simple sculpt, but I find myself fascinated by them the same way I love looking at really well done miniatures. The portraits are interesting to me, especially Tiffani, because it doesn’t quite look like an illustration from the show, but rather a photo of a 3D sculpt of Tiffani, which seems like going the extra mile.

Vernon from the Rat King set was one of my favorite figures from last year, but if I had one quibble is that I needed a scared face. The smiling face was perfection, but this guy was always a hostage or scared of something, so I’m glad NECA also included a blindfolded portrait too! The headphones with mic accessory is great for Vernon too since he seemed to use a variety of tech and work several different jobs in the TV studio depending on the needs of the episode.

I think my favorite part of the set is the ability to switch Irma over to the Were-Rat version from The Were-Rats from Channel 6! episode. Were-Rat Vernon needed his partner. One word of caution when switching these parts, the hands are easier to pop than the forearms, so they tend to fall out when swapping and you could easily misplace that tiny watch if you aren’t careful.

Catwoman April re-uses a lot of her original figure with a new head, hands, collar and torso piece with the tail. The cat head is sculpted in a great mid-hiss and the hands have perfectly scratchy nails.

The head is more proportional to the body here, so while she seems a little short, she looks great overall. I really like that the tail is a bendy poseable piece too. The collar can come off if you pop the head, but it didn’t want to pop on my figure without some heat.

Vernon is mostly the same figure as the Rat King pack version, but this new frightened portrait is wonderful and captures his most common expression on the show to a T. You can mix and match parts from the older figure with this one for more variety and I’m thinking I’ll keep one Vernon Permanently Were-Ratty on the shelf since I now have two.

Burne is so much fun as a figure with his round shape and expressive portraits. It’s such a rarity to see just a regular working stiff action figure even though this type of hard-charging, irrational middle-aged boss character is a staple of so many genre stories. The portraits are just astounding to me too because this guy is all 2-D exaggerated forms and should not work in 3D but it does. His articulation is also pretty nice for a such a short and bulky character and I especially like the expressive range in the neck ball joint and the mid-torso ball. The elbows get a good 90 degree bend and with his double knees, he can actually kick his own ass!

Irma also feels like she stepped out of the cartoon with her classic look. She is a bit more of a stiff poser because her long skirt hinders leg movement a bit, but the double elbows and ball and socket waist and head make for a lot of expressive posing nonetheless.

Paint on this set is great with the nice matte finish and clean detail hits I’ve come to expect from the line. I do have one misaligned pupil on Irma’s Were-Rat mode. I find it interesting that Vernon’s colors are a little different with a slightly less saturated pink on the shirt, lighter jeans and a more purple-ish tie. Depending on the source, the tie does look purple in shots I’ve seen so that’s a nice feature since all the parts can be swapped between Vernon figures.

Overall, I love this set. It’s a great tribute to the unsung heroes of your half-hour adventure show. The bosses that demand an investigation, the office foil who you have to rescue, the sidekick, and the Catwoman. Thanks to NECA for sending this early set along! The Comic-Con pre-order bundles are being processed now, so they should start shipping in the next week or so and NECA expects that the standard four pack is estimated to start hitting Targets for the Holidays. 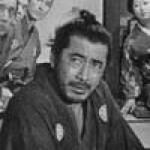