It’s the start of a new year so that means it’s time to kick off top ten season! Each year here at Fwoosh we do a top ten vote of our favorite toy lines. To kick it off we have to start with what this site is basically built on: Marvel Legends!

As you can see from last year’s top ten, we didn’t really get a lot released or even announced from it. At least less than what we normally see. Not that Hasbro creates their lineups from this, but as as community we usually are pretty accurate as to what we see are glaring needs from the line.

From last years top ten we only scored a Shadowcat in the Exaclibur three pack, and a classic Doctor Strange which is going to be released soon. Toad will be in the retro card wave and a Rachel Summers was teased. But that’s it. So maybe a few repeat names for sure.

So enough chit chat let’s get down to business. It’s time to let your voices be heard and tell us what you really want!  Voting will run until January 31st 2022.

This is what we want to know: who are the ten characters plus one build-a-figure you want to be given the Legends treatment?

That said, there are, of course, some rules. I can’t stress enough, you need to follow these. Especially the form in which you submit your votes.

2. Only one vote per person. We have multiple ways to identify duplicate votes, so don’t try to vote under a different name. You may edit your vote as many times as you want until the voting has closed. Just make sure you edit your original post, Do not start a new one if you want to change your vote.

3. You are voting for ten characters and ONE build a figure you want to be made into 6-inch scale Marvel Legends action figures. Keep in mind that any character whose figure would be bigger than Hyperion may end up being a BAF. If you want a smaller BAF like Rocket Racoon or Jubilee, that’s completely fine too.

They can be redos of characters we already have, but requesting very specific or one off looks from one panel or one book may get them merged into the main character category. You can even vote for a character whose figure has been revealed, but has never been released.

4. Post your votes in the following format. This is absolutely critical:

Feel free to copy and paste the list above and then change the characters to your picks. Or keep mine. Whatever you like.

5. NO numbers. Your votes can be spaced one name per line or no spaces, just make sure it’s not in sentence format. We feed this into a computer program and it’s very important for those of us counting these up that it’s in this format. The order in which you list the characters is not important!

6. Please place the “BAF” letters in front of your BAF choice. It makes it much easier to tabulate the votes.

7. Check your spelling. As we said, we are feeding this into a computer program, and it’s important all characters have their names spelled correctly. It also helps if we all go by the same names. For example, if someone put Hulk down in their vote and meant it to be the Amadeus Cho version, and then someone else put down Amadeus Cho in another vote, it will be counted as different characters. So please try to be consistent and specific about characters with the same names.

8. We can’t normalize versions of characters without a lot of extra work. For instance, “Classic Kitty Pryde” is going to have difficulty being counted. When we tabulate the votes, we will do our best to separate designs and costumes because it gives us a sense of what designs are popular, but we can’t guarantee that every look will be counted. Some costume differences are very minute, or if you’re not specific it may get lost in the votes for a different look. So if you see someone before you post a version of a character you want too, use the same name for it [modern,classic,etc.] they did. Just be sure that you list the character’s name first, and note the version in brackets, like this:

And try to keep it brief. No need to specify issues or panels.

9. Read the other votes. Try and keep your votes in the same form as the previous votes if you are voting for a costume, era, or character specific.

If you don’t follow the rules, your vote won’t be counted and that can definitely alter the outcome of the poll.

So get to it. Think about who you want and let your voices be heard! 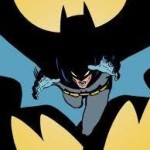 As a long time collector of toys and and a rabid fan of my favorite sports teams, I’ve managed to maintain an unhealthy obsession with both at the same time. Which is not an easy thing to do. I tend to mix up which outfits to wear to sporting events and cons. You should see the looks I get at football games wearing a Batman costume.