On the road from Ms. Marvel to Captain Marvel to movie star, Carol Danvers took a few pitstops. Binary was one of them.

Carol’s Binary days were on the brief side, but that doesn’t negate how overall cool this look is. I can’t remember exactly where I first ran across her in this costume, but the combination of flame motif and explosive hairdo was an instant eyecatcher.

Binary is a Walgreens exclusive that will be hitting sometime around the fifth of Whothehellknowsember, but I got mine early from Robotkingdom. I paid a little more, but frankly it’s worth it not to have to think about it anymore. Especially since Nova only showed up on the site very recently and there’s still Quasar to go. I got him too, just to make the shipping worth it, so I am done for the year.

And that is why if a figure has to be exclusive then the best option is fan channel.

Binary is your basic female body with a paintjob and a new head. It’s not going to be blowing anybody’s mind with new sculpting, but then it gets the job done, and that head is an eyecatcher, so it balances everything out.

I like this body well enough. It’s just a little stiff in the torso and hips, but still gets a pretty good range. ML females are getting some double joints in certain situations now, but this body doesn’t have them.

The paintjob doing the heavy lifting means it has to be a decent job, and it is. The flames are well done, the white is clean for the most part, and there’s no paint errors to be found. The edges of the white on her tummy section are a little wobbly, but overall everything looks good.

In the comics the flame parts at Binary’s thighs and upper arms were actual flames. In a perfect world situation, I would have liked to have seen brand new parts there with sculpted flames, but I don’t know of any reuse potential for something like that, so I can understand it only being a paint effect.

I’m not entirely sure if her face is reuse or original to the figure. It’s nice and stoic which is what I think of for the character. The flameburst on her head is translucent and looks nice with a light shining through it. I’m glad they went with the flame flower effect instead of going with something less evocative.

Binary comes with those same two expression hands that we all know very well, and a pair of fists.

For accessories, she comes with two smaller flame effects that wrap around her wrists, and two larger flame balls that can be attached to her fists. Both can be used separately, or you can combine them both to make it look like she’s all charged up and ready to damage things.

That’s pretty much all there is to the figure. Despite having figures of Carol Danvers, it’s nice to be getting a brand new costume, one that has never had an ML before. Hopefully Walgreens doesn’t take too long to put her up on their site or get her into stores so everybody can have a shot at her. 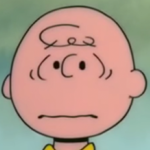